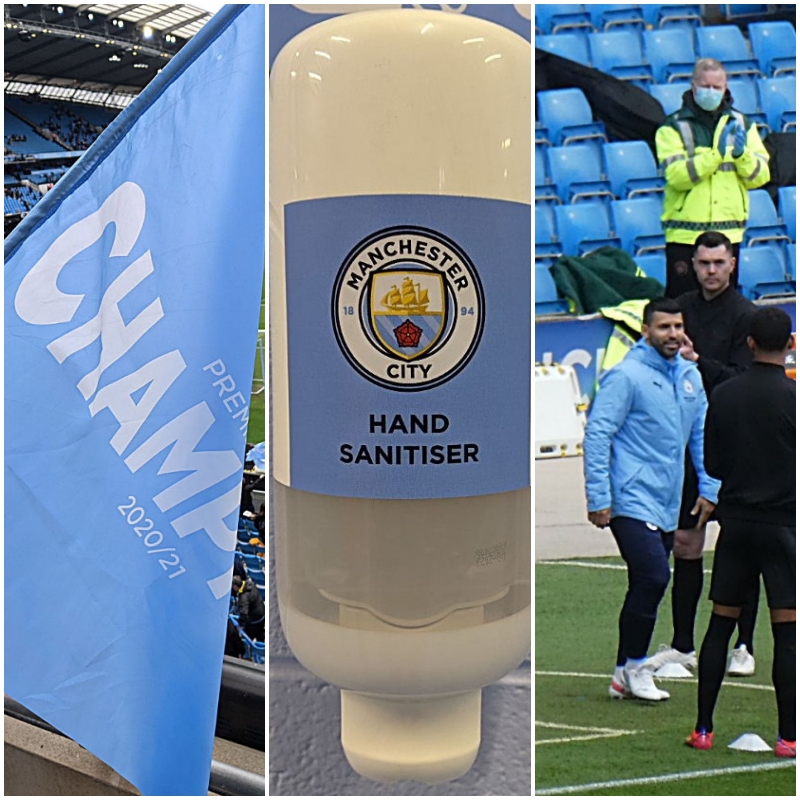 A couple of weeks ago the Manchester City mens team played out their last game of the 2020/21 football season at the Etihad against Everton.

In some respects it was a nothing sort of game as the league title had already been won, and in reality won at a canter and in a style that has become customary under the tutelage of Pep Guardiola.

It was the only game of the seaon at the Etihad that was allowed to have fans in attendance. The ongoing restrictions due to the Covid situation meant only 10,000 folk would be allowed in, rather than the normal 55,000 or so that would be there in non pandemic times.

Although the title was already won and the final result of the game would have no bearing on what had been serene progress to a remarkable third title in four years – the occasion itself was significant and unique.

It was time to say farewell to arguably the finest striker ever seen in the top flight of English football, and it was with a fair degree of unexpected joy that my son and I had found out we had been succesful in the ‘ballot’ for tickets.

Another game another trophy to lift

Oddly enough it meant that in the each of the last two games we had attended we woud see City lift a trophy. The last game we were at prior to Aguero’s farewel was the Carabaou Cup Final victory at Wembley in March 2020 against Aston Villa, (you can find a related blog post here).  And of course this game saw City finsihing yet another league and cup double season with the award of the Premier League trophy.

There isn’t anything I can say about Sergio Aguero that hasn’t already be said – but it was certainly a special occasion to be at as he took his place for his last game at the Etihad in a City shirt.

True to form Sergio scored a couple of goals in the 5-0 thrashing of Everton and in doing so bowed out with yet another incredible record as the scorer of the most Premier League goals for one club.

What a man and what a footballer.

Well what else on match day

Back at the Etihad

Goldfinch in the garden.#birdspotting #birds #bike

Stop staring at me. Macro in the garden.#macro #ma

Macro in the garden.#macro #macrophotography #cano