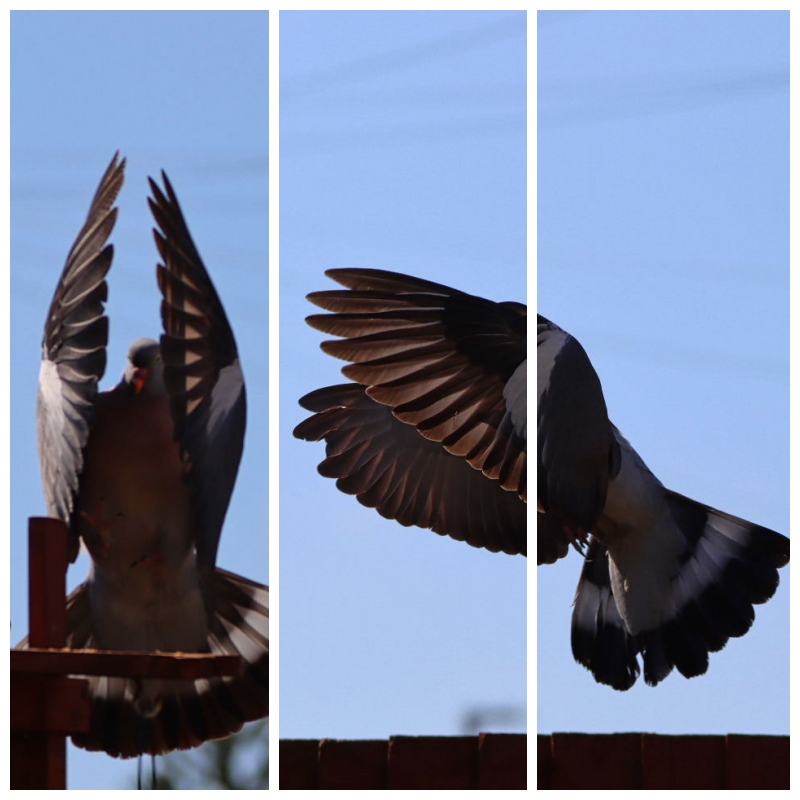 The woodpigeon with its small head, bulging chest and broad wings is the biggest and the most common pigeon in the UK. It’s estimated there are around 5.4 million breeding pairs here. For the most part the body is grey although there are white patches on the neck and wings and it’s a bird that is a frequent visitor to gardens, woodlands and parks. Typically it feeds on a diet of leaves, grains, seeds and root crops. It’s a bird you will frequently hear if out walking in the woods, and in addition to its familiar cooing sound the nose from it’s wings as it takes flight really makes quite a racket with its loud clattering sound.

In addition to the native woodpigeon population the UK is also home to quite significant numbers of pigeons that arrive here from overseas in the autumn and winter.

Where are the woodpigeons?

Apart from in the uplands and in the highest of hills of north west Scotland, the woodpigeon can be found right throughout the UK.  The woodpigeon also breeds in Europe from the Mediterranean to as far as the Arctic Circe and even to the east and into Russia.

Pigeons have been known to breed in every month of the year but the main month (peak month) for fledgings is August;

Sadly most of the young birds will die before they are one  year old – but the oldest know age for wild bird is as much as 16 years;

The woodpigeon will never lay more than two eggs at a time but she can lay as many as six repeat clutches in a single year;

The nest is normally built in tree and is usually made up of twigs to form a basic platform;

UK woodpigeon population are pretty much sedentary and typically wont move more than around 10 miles or so from where they are hatched;

The woodpigeon is frequently said to be quite a significant agricultural pest and causes millions of pounds worth of damage every year.

Totally agree with you not the most interesting of birds but haven’t you caught them well everyone is a good, en ,like them.