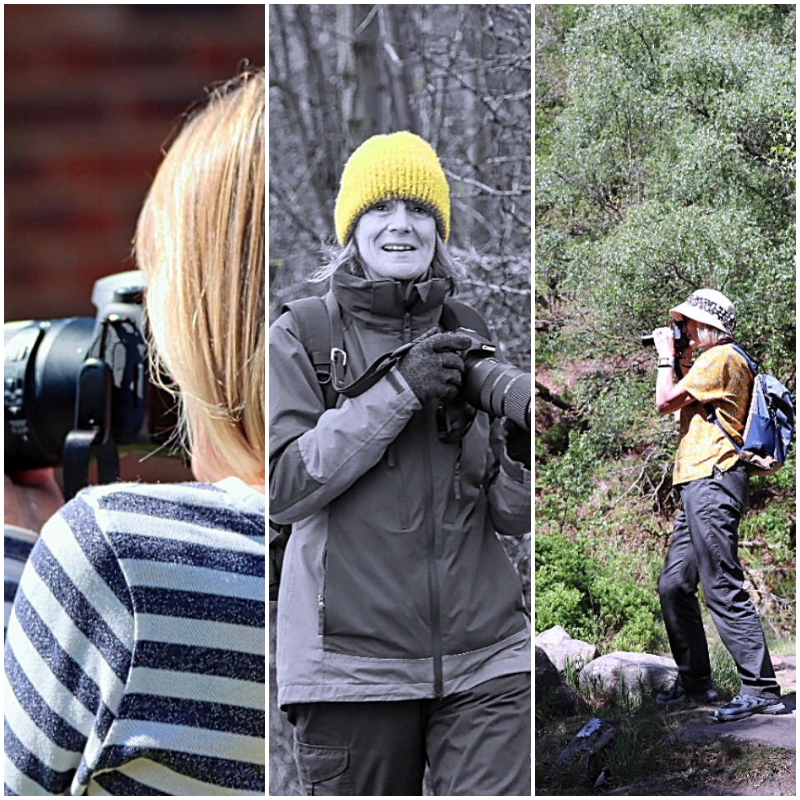 A year with a camera – from snapper to accomplished photographer

Up until around May last year, when it came to taking photographs my wife could probably be fairly described as being ‘quite handy’ with a point and shoot camera and almost always took decent pictures with her Panasonic Lumix DMC-TZ80. Saying she was quite handy isn’t meant to sound patronising it’s just a reasonable and fair comment. But it’s a comment that would be neither reasonable nor fair now and one that just doesn’t apply anymore.

As a family we have always taken a lot of pictures and have in excess of 300,000 digital images and several thousand (pre digital) prints. We’ve had a few cameras over the years and between us have done a pretty impressive job of capturing our children growing up, holidays, hobbies and pastimes and in more recent years our grandchildren – and over the years would tend to be more in the snapper camp that amateur photographer camp.

Until a few years ago I had been using a, Canon G16, before that a Canon G15 and until my wife’s camera got inadvertently left in a bus shelter she also used her own very decent Canon G16 which was replaced with the Panasonic Lumix.

A couple of years ago I bought a Canon 200D and a decent selection of lenses, a purchase inspired partly by wanting to take better pictures at my sons stag do and wedding. I really enjoyed using the 200D but decided to replace and upgrade to the Canon EOS 90D last year and not surprisingly continued to snap away.

It was around May last year (2020) that my wife decided she wanted to invest a little more time in photography and being firmly in the initial Covid 19 ‘lockdown’ it seemed as good a moment as any to devote time to a ‘new’ interest. She decided that rather than opt for the bulk of a DLSR she would go down the mirrorless route and decided to buy a Canon M50 and at the same time invest in a good selection of lenses.

In addition to the hardware investment my wife put a real investment of time and effort into understanding and getting to grips with the theory and practice of using her camera.  Initially this was done by studiously doing online learning supported with a range of practical exercises to consolidate the learning. In what seemed like no time at all having quickly grasped the ‘exposure triangle’ and become familiar with the camera controls the very thought of using anything but full manual settings was a thing of the past. So she had gone from full auto’ on a point and shoot to fully manual on a DLSR/mirrorless camera!

Undoubtedly the Canon M50 is a good camera, compact, portable and capable of delivering great performance and high quality pictures. It’s ‘limitations’ or the limitations that my wife found with it were the frequent need to use a high ISO with the subsequent knock on of ‘noise’ in the picture and the relative lack of choice when it came to dedicated lenses.

In the EF-M series she had the 15-45mm; 55-200mm; 18-150mm and 22m pancake lens and the very decent 28mm dedicated macro lens with built in ring light. Despite the range of lenses in her kit bag it still felt that the thing missing was a good telephoto zoom with plenty of reach for wildlife pictures the 55/200mm (even on a APS-C crop) just didn’t cut it especially with the drop off in quality at full reach.

Around about the back end of last year we purchased a couple of Sigma lenses, I went for the 150/600mm and my wife the 100/400mm (she used a Viltrox adapter to match up to her EF-M camera fitting). Moving to the 400mm Sigma sorted the reach requirement of the zoom lens but she was still looking for something more with her camera.

The super M50 and all of the lenses that were bought to go with it have been sold!  Is that it then, was this some short lived interest that has been and gone?

The answer to that is no – far from it.

The M50 was sold and an EOS 90D was bought in it’s place along with the Canon 18 -135 mm and the EF-S 35mm dedicated macro lens (another with the clever and neat built in ring light) and of course the wonderful Sigma 100/400mm lens.

In fact we rate the 100/400mm so highly that we have one each now and for most of our walks along the canals and rivers it’s probably our lens of choice. Watch out for separate posts in due course on the Sigma lenses.

You can check out some of her macro photography at this link and her latest blog posts at patriciaburns.uk

Behind the lens picture gallery

Wow that just about sums it up. Love these pics.