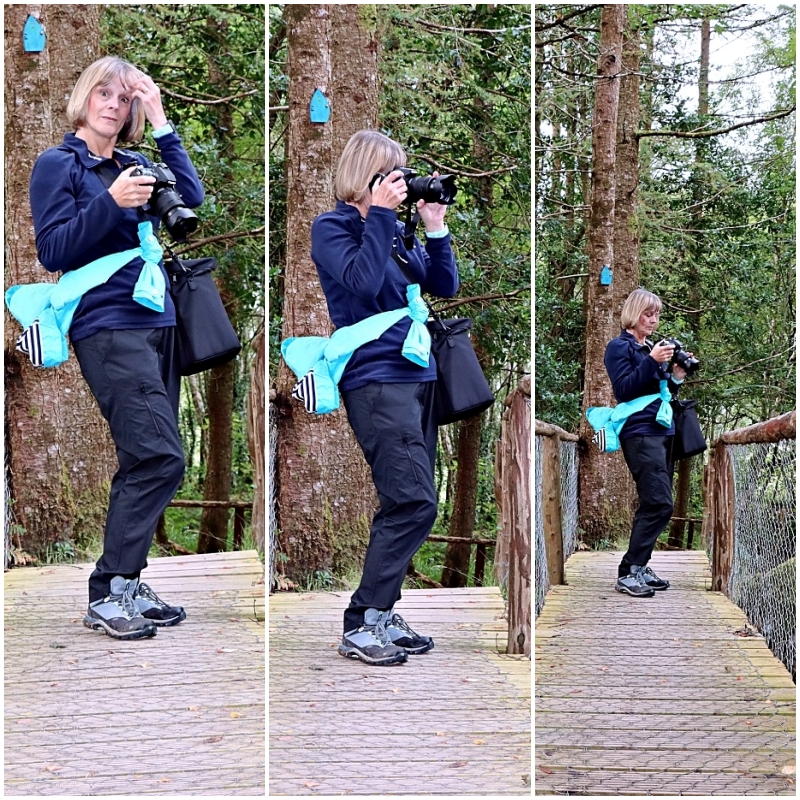 In Part 3 I wrote about our time in Donegal and our journey down to Kenmare in County Kerry.

Kenmare wasn’t completely new to me as I been there earlier in the year when I had travelled by motorcycle and stayed in the town for a couple of nights. You can read about that visit at this link.

I love travelling by motorcycle on my own and I have done some amazing trips over the years. In fact I did a whole series of motorcycle travel related blogs during the Covid lockdown period, as a sort of set of retrospective  ‘lookback posts’. As the name suggests the posts look back over the years and feature some great places across eastern and western Europe.

Travelling with someone else and travelling in a car is obviously a different kind of holiday and I suppose one where the destination is more important than the journey.

What you see, do and share together is more important than the quality of the roads you travel on. And there was no doubt at all that basing ourselves in Kenmare for a week was an ideal location to get out and see some fabulous sights together.

A quick Internet search for Kenmare comes up with some pretty grand statements, including this one: ‘the beautiful town of Kenmare is a small tranquil country town set amidst breath-taking scenery in one of the most unspoilt, natural environments in Europe’ and do you know, I think that’s quite a fair statement.

Whist we were there we visited some superb places and some that were recommended by the owner Gail. Her collection of tourist material, brochures, booklets, maps, walking guides, cycling guides, things to do etc was pretty impressive.

In some ways there was almost too much material, but what Gail had helpfully done was to pre-select a range of things and separate them into their own folder for us.

Gail and her husband also made some specific recommendations of places to visit, these included Gleninchaquin Park, a national park called Gougane Barra and even a mobile fish and chip seller!

Read on and find out what we made of these recommendations and whether or not they stacked up as worthwhile or whether the recommendations were actually pretty poor and were in the ‘what a waste of time’ category.

Gail had recommended that Gleninchaquin Park was worth visiting. As with other suggestions from her she was absolutely spot on.

Gleninchaquin is actually a privately owned park and farm located on the North West side of the Beara Peninsula. It was formed as a result of glacial activity around 70,000 years ago and a big attraction of a visit there is a waterfall that I understand would normally be pretty spectacular.

On the occasion we visited it wasn’t quite so spectacular due to the lack of rain and what had been a pretty dry period.

The landscape is wonderful and the views looking back to Kenmare Bay are just superb. So if you will forgive the pun, any lack of water pouring off the mountain did nothing to dampen our visit there.

There’s a modest entry fee and plenty of car parking. A number of different walking routes are indicated and we found it easy to follow. We decided to take the red route and the walk took us a couple of hours or so.

It was a perfect time when we were there as the place was just about empty, in fact I don’t think we saw anyone else whilst we were walking.

The drive from the main road to the car park is pretty interesting and provides some fine views but it does need negotiating with a suitable level of care.

If you do decide to visit I would suggest you take a decent pair of walking boots or as a minimum sturdy and suitable footwear.

Thats a big one

Top of the waterfall

When I visited Ireland earlier in the year I had travelled over The Healy Pass when I rode the Ring of Beara. It’s a fabulous pass and one I was keen for Pat to see, so we headed that way after we had visited Gleninchaquin Park.

Gleninchaquin Park was about 10 miles from our Kenmare accommodation and The Healy Pass about another 14 miles or so from there, we were hardly having to travel far to see magnificent sites.

The formal name of the pass is the R574 and it crosses the Caha Mountains, from Lauragh in county Kerry to Adrigole in County Cork.

Height wise it reaches an altitude of 300m and provides stunning views across to Bantry Bay and the Kenmare River. Originally known as the Kerry Pass it was built during the Great Famine, and was actually known as a ‘famine road’.

There is plenty more information online if that sort of thing is of interest to you. After crossing the pass we stopped for 30 minutes or so at Adrigole Bay to look at the seals and wildlife before heading back to our accommodation.

An evening walk and a bite to eat in Kenmare made for a very decent end to another very decent day in Ireland.

At The Healy Pass

Although the driving distance to Dingle was only about 60 miles or so, the nature of the route meant it would take at least a couple of hours.

We travelled via the mountain pass known as Molls Gap and then through parts of Kilarney National Park.  As we were heading for Dingle we only passed through the national park rather than actually spending any time there. I gather in addition to being home to Ireland’s highest mountain range and some amazing lakes there really is plenty to see, including waterfalls, castles, mansions and of course plenty of wildlife.

Even though we only saw a relatively small amount of the National Park, what we did see was pretty stunning.

Clicking on any of the images below will open a clickable/scrolable picture gallery.

I don’t know what location would be described as the most colourful in Ireland but I think the town of Dingle would have to be a contender, as such it was on our list of places to visit.

Although only a small town, located on southwest Irelands Dingle Peninsular, there is no doubt that Dingle is a significant tourist attraction.

It has dozens of bright and colourful buildings and relative to its size and its population of around 2,000 or so it has an almost disproportionate number of pubs and bars. There are actually more than 50 pubs and many of them with live music in the evenings.

Although a tourist trap and relatively quiet during our ‘out of season’ visit, I’d say it’s worth going to Dingle. I can’t think of many places that look like it, and there is definitely a uniqueness to the town.

If you combine a visit there with a drive along the Dingle Peninsular out past Balyferriter, out past Wine Strand and onto Clogher Strand then you are in for a real treat. Scroll on after checking out the Dingle pictures to read about the fabulous Clogher Strand.

Clicking on any image will open the super colourful Dingle picture gallery.

After wandering around Dingle we headed towards the end of the peninsular and the impressive Clogher Strand.  Although I can’t really be certain of the origin of the word strand, I do know that in this context it’s another word for beach.

The words in italics below are a direct lift from the Word Detective web site and might help with understanding the origins of the word:

… “strand” seems to have shuffled off the stage of everyday usage but was once the standard term for what we now call a “beach.” Dating back to Old English, “strand” is a bit of a mystery, but it seems to hark back to the Old Norse “strond,” meaning shore, and some authorities trace it back to the Indo-European root “ster,” meaning “to stretch out.” The original meaning of “strand” was “the area of the shore between high and low tide marks,” but by the 13th century it was being used for any shoreline and even docks and quays on a river. The street called “the Strand” in London once lay alongside the Thames River.

If you do your own research and find the meaning/origin to be something different I’d be pleased to know.

Irrespective of the origin of the word, I can say that if the weather conditions are ‘right’ a visit to Clogher Strand is beautiful and dramatic. On the day we were there, conditions were such that it looked and sounded like the waves were exploding onto the rocks, it was absolutely mesmerising.

The selection of pictures in the gallery below from Clogher Strand are some of my favourite from the trip.

Clicking on any image will open a picture gallery that can be clicked or scrolled through.

Heading back to Kenmare

After a wander on the beach and the nearby headland we went back to the car and started to make our way back to Kenmare. Rather than head directly there we decided to drive over The Conor Pass. The Pass is said by many to be one of the most beautiful in Ireland and without doubt it’s a scenic route.

The road weaves past jagged cliff faces and lakes and in parts is single lane so care is needed especially when there are oncoming vehicles. Even though heading back via the Conor Pass was not the most direct route back to Kenmare it hardly added any mileage onto our journey, and I would say if you are down that way this route across to the other side of the peninsular is well worth doing.

Don’t forget to check the next post in this Holiday Ireland/Tour Ireland series. Part 5 sees us spend the last days of this trip to Ireland as we visit Beara, the Allihies copper mines museum and the magnificent Gougane Barra National Park

Don’t forget to follow the blog or check back soon.

You can find and follow my accompanying instagram page for this Rainy City Photo blog here: rainycityphotos

The pictures of Clogher Strand are fantastic. It certainly is dramitic.