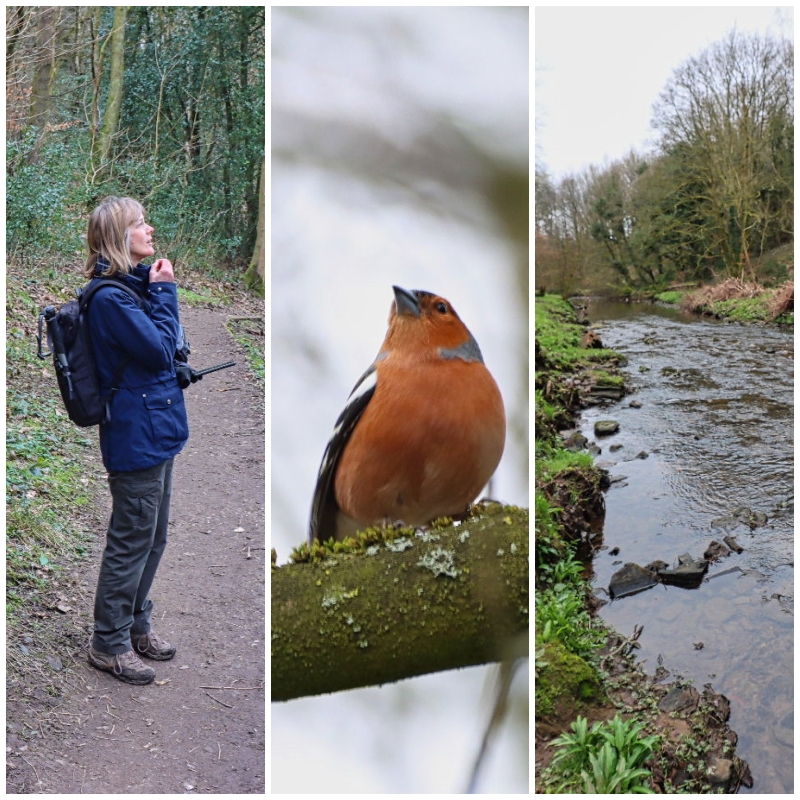 We had a really decent visit this week to Daisy Nook Country Park which is set in the Medlock Valley. It’s one of those locations  that despite it only being a few miles away from where we live it has never really been on list of places to go to.  Perhaps it’s a classic case of sometimes missing what is right in front of you and on your own doorstep.

The country park itself covers about 90 acres and is overseen and run by two local councils, Oldham and Tameside Councils.

It’s certainly a very decent place to wander around with a lake, canal and plenty of woodland.  It also all looked to be in pretty good order and a terrific place for bird spotting

Information on the official web site suggests that wildlife that can be seen, includes great-spotted woodpeckers, foxes and squirrels. The birds that we saw included herons, swans, grebes and chaffinches.

Within minutes of us setting off on our walk we saw a heron ‘sorting out’ a huge pike for breakfast and when I say huge I really do mean that. I only managed to grab a couple of average pictures of it (in the picture gallery below) but my wife who was 50 yards in front of me managed to get some super shots of it and once she has posted them to her own blog I will drop a link in here.

I have dropped a few quick facts below and in italics  – that  are a straight cut and paste from the Local Authority website.  If it’s an area you are interested in a quick Google search will throw up plenty more information about Daisy Nook.

The area was originally known as the village of Waterhouses.

In 1855 the famous Lancashire poet and writer Ben Brierley published ‘A Day Out’, featuring a ramble to a fictional beauty spot called Daisy Nook. The new name stuck.

Crime Lake was formed in 1795 as a result of the blockage of a canal culvert which flooded the Crime Valley. ‘Crime’ is an old word relating to land intersected by a watercourse or stream.

The canal has been central to the area’s thriving industry and features impressive aqueducts, a unique double lock system and a right angle turn near Sammy’s Basin.

I love the chaffinch and grebe pics.