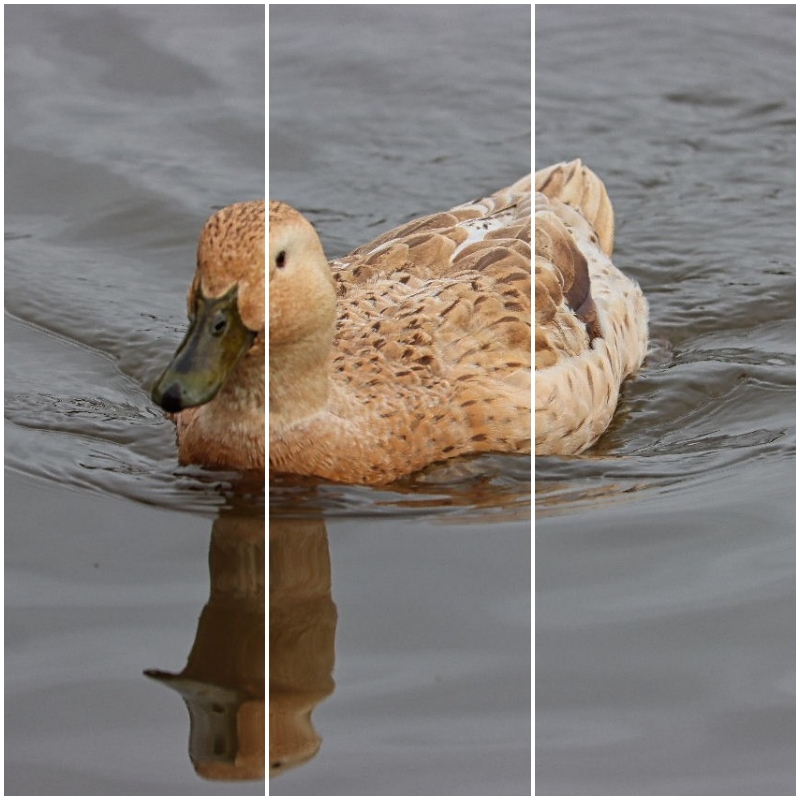 Talk about everyday being a school day … we were pleasantly surprised the a few weeks back whilst out walking along a stretch of one of our local canals, (the Macclesfield Canal near High Lane Stockport)  when we spotted a number of ducks that were new to us.  It turned out they were the rather pretty Welsh Harlequin duck. Note: this post was originally published on 10 March but now updated with additional images in the picture gallery.

Once home I had a look online to find out more and it turns out the Welsh Harlequin is actually a domestic duck that originated in Wales (in Criccieth).

A chap called Leslie Bonnet found a mutation in his flock of Khaki Campbells. In the late 1940’s he set about selective breeding so as to highlight that particular trait.

He actually first did this in Herefordshire, but the family moved to North Wales which lends itself to the origin of the name ‘Welsh Harlequin’. Within a number of years (by 1968) hatching eggs were being exported to America and then by 1981 live birds were being imported.

It transpires the Welsh Harlequin Duck is actually the only truly Welsh breed of duck,  and could be described as being a light weight duck weighing in between 4.5 to 5.5 pounds. They really are a pretty duck with the females seeming to have a sort of frosted white plumage. Surprisingly (to me at any rate) I understand that in recent years in America they have become quite a popular pet.

Worth looking out for

If you are ever on the Macclesfield canal these pretty ducks are well worth looking out for – check out the pictures in the gallery below.
Picture Gallery