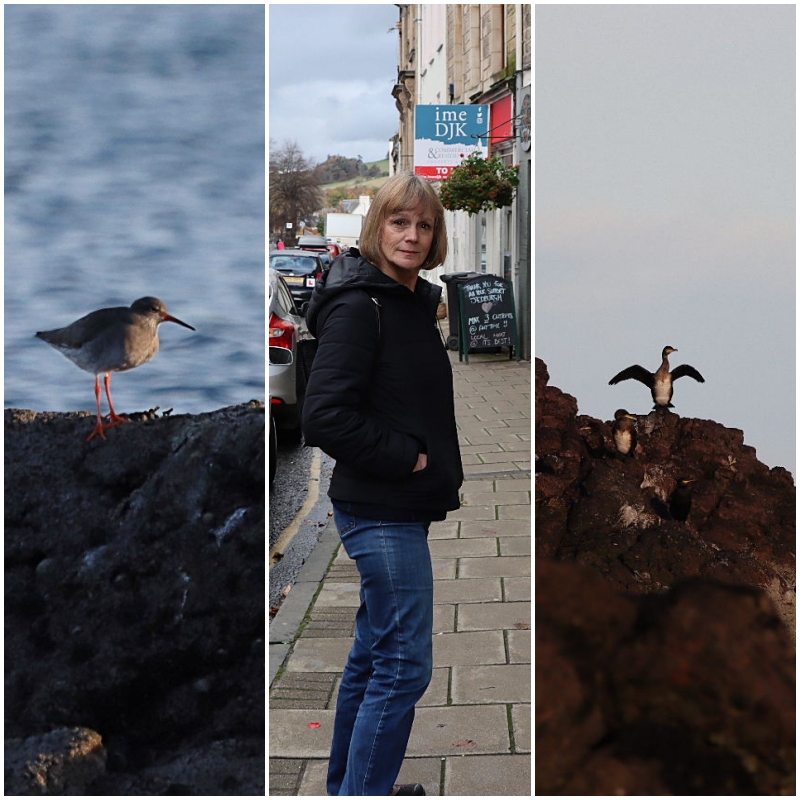 Back to Scotland and making the most of November – part one

We’re just back from another trip to Scotland. In September we had been up to see the Red Kites in the Galloway Forest and then onto the west coast for a short break in the Argyle area.

This time we were on the east coast not so far from the border with Northumberland and located in the small village of Coldingham in Berwickshire.

This is the first in a three part series of posts from this trip.

The weather during our stay (on all but one day) was exceptional for November, cold starts, but for the most part dry and sunny.

We were just a few miles from the small harbour town of Eyemouth and which was pretty much our first stop off for a wander along by the harbour and then along the sandy and onto the rocks. I don’t think we have ever seen quite as many oyster catchers as we saw on this trip and they were certainly plentiful in this area, along with lots of cormorants and a variety of gulls..

Later during our stay we we did a really decent circular coastal walk of about eight miles or so out to the lighthouse at a place called St Abbs Head which is actually a National nature reserve and where we saw: buzzards, kestrels, cormorants, red shanks, oyster catchers and more. Later in our trip we were to see lots of curlews, rock pipits and even a seal basking on a stony beach.