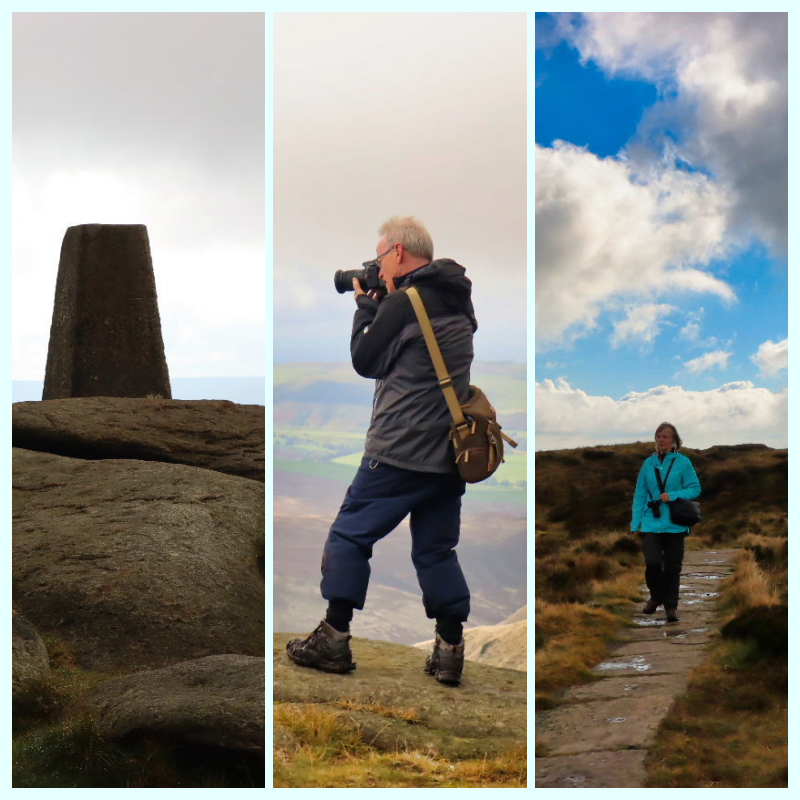 Walking on the Pennine Way

We recently took a walk on part of the Pennine Way and we thought that whilst that way we might as well try to find the site of the B29 Superfortress that crashed on the moors in 1948. The part of Pennine Way we walked is really easy to get to directly from a layby on the A57 Snake Pass.

We had a really enjoyable walk/ramble and once the mist and low cloud had cleared the views were superb. We walked a total of five or six miles and despite almost being ‘on top’ of the crash site we actually managed to miss it.

I understand that the wreckage itself is spread over a distance but can easily be missed due to it’s precise location and despite us walking to the Trig Point at Higher Shelf Stone we managed to miss finding the site.

We finished our walk by heading back over the moors, across Crooked Clough before rejoining the Pennine Way to make our way back to the car.

The B29 that crashed there in 1948 was called the Over Exposed and was the RB-29 version of the Boeing B29 Superfortress. There is  no definitive reason for why the crash happened as the B29 made its journey from RAF Scampton in Lincolnshire bound for RAF Burtonwood.

What is known is that on 3 November 1948 the aircraft had taken off as planned and was carrying it’s normal crew along with another two or three passengers.

The flight had been routine until about a half hour before it was due to land when it seems the pilot had  descended and crashed into the hills, probably at several hundred miles per hour. Did the instruments fail, was it a pilot error – who knows? The result was catastrophic with total loss of life of all on board.

Much of the wreckage remains where it fell to this day.

We will have to go back on another day

Although on this occasion we didn’t locate the crash site we did enjoy our walk. In fact as we enjoyed the walk so much we decided that we will go back there as soon as we are able to and aim to locate the wreckage of the B29.

We will of course need to make sure the weather is suitable for the trip and we will research a little more how best to find the site. Frustratingly we think we were only a few hundred yards from the site but it’s easy to miss due to the lie of the land.

Rest assured when we do locate it I will make a further post.

It's good to share
Tags: B29 Over Exposed, out and about, Pennine Way, Snake Pass, Walking in Derbyshire
0 0 votes
Article Rating