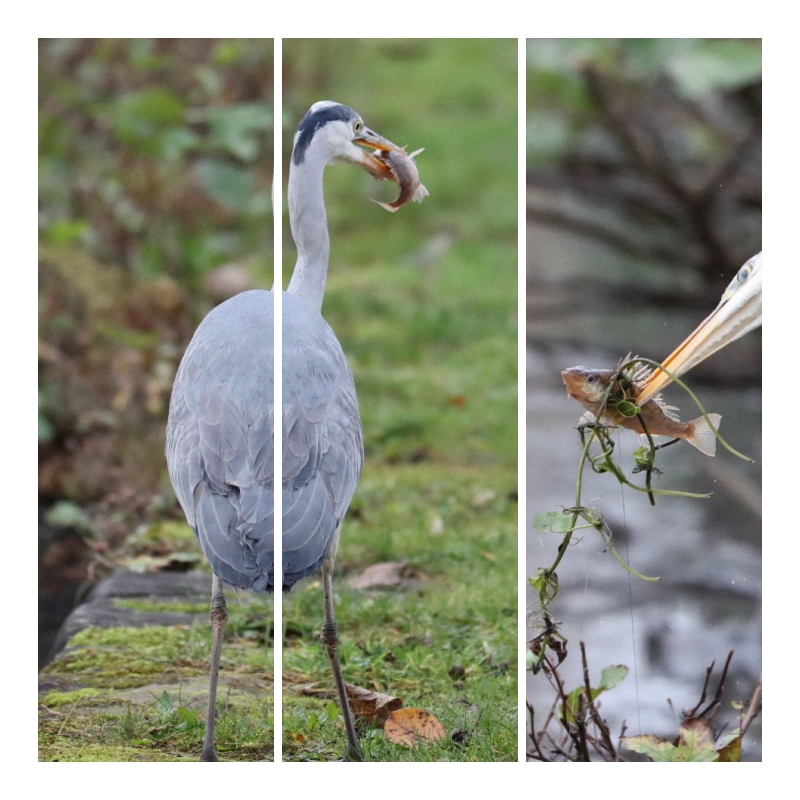 Following on from Part 1 of this weeks Grey Heron watch, Part 2 features a sequence of pictures of the Grey Heron catching an early breakfast offering.

This catch wasn’t quite as routine as most … as the heron brought the fish to the surface and out of the water he was also caught up and tugging at some grassy weed and had to spend a moment or two freeing his bill from that.

This was probably the only fleeting moment the fish had. If it was to be dropped back into the water it might live to swim another day … but alas the Heron never really looked like he was going to loosen the hold he had.

The Herons control of it’s prey once caught really is something to behold, as it deftly holds the fish until it is able to move it into position to swallow it whole!

Fabulous. It takes time and patience to get pics like that.