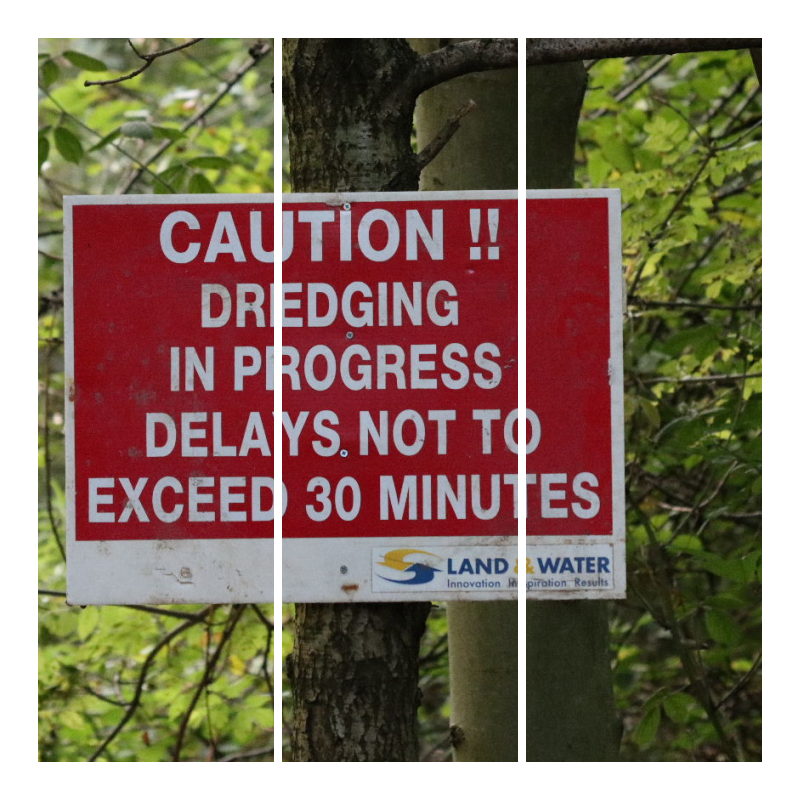 Fascinating activity on the canal

Although canal water can sometimes look quite murky and muddy, canal don’t carry away factory or industrial waste and typically are pretty unpolluted.  Occasionally over recent years, I have seen the odd barge used for dredging the canals. This year is the first time that I have seen such extensive and ongoing cleaning work.

There is coordinated activity with barges, cranes and water borne waste carriers working together to clear the natural silt and debris from the canal. Along with the natural debris there is sure to the inevitable waste and rubbish that the selfish and lazy choose to dispose of in the canal.

If the canals are not dredged, eventually they will ‘silt up’.  If this happened barges and other boats wouldn’t be able to move freely.  The work is also important as it helps maintain the quality of the water and in turn prevent and lessen damage to the flora and fauna – as well of course maintaining the general appeal of the waterways to walkers like me.

The dredging activity basically involves scooping up the sediment from the bottom of the canal and getting rid of it. From doing a little reading about this on the Canal & River Trust web site it transpires that a pretty significant part of the work (and cost) is actually getting the equipment to the site for dredging –  when you look at the pictures in the gallery below this wont actually be a surprise, it’s hardly lightweight gear!

But the biggest part of the cost is actually the environmentally friendly way of disposing of the waste material that has been dredged up.

The type of dredging that I have seen on the Peak Forest canal is known as ‘main line dredging’ which is basically where a stretch of the canal is done in one go. Typically a stretch of between three and five miles will be done at the same time so as to get the best value for money.

There’s obviously much more to dredging and maintaining the canals than the few words I have written above. If its the sort of thing that interest you there is a whole lot more information on the internet and in particular the Canal & River Trust web site is a great source of very readable information.

Clicking on any of the pictures below will open a gallery that you can scroll through.