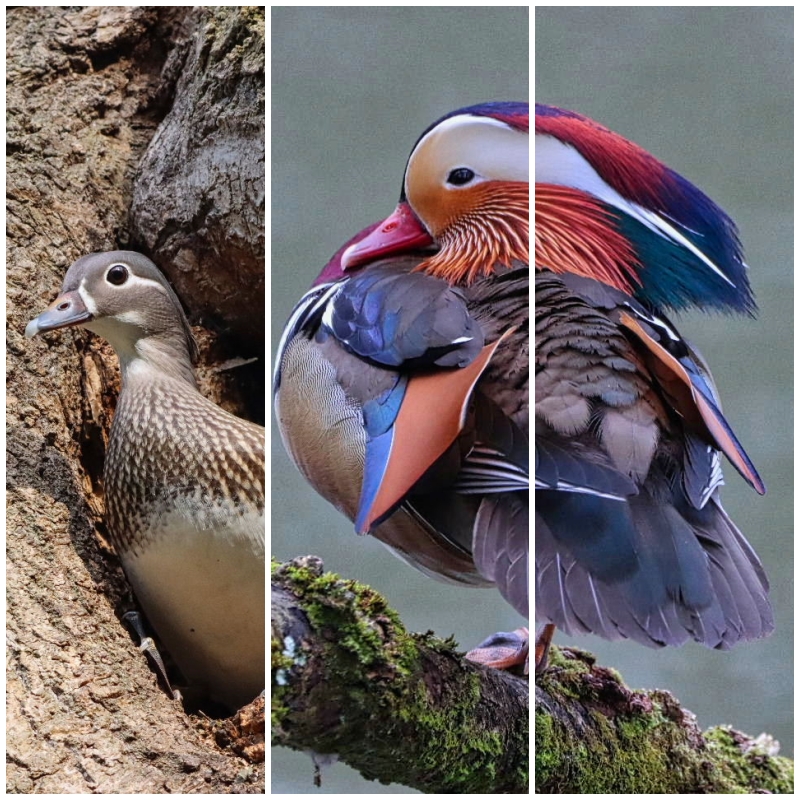 There is no doubt about it, the male mandarin duck has some of the most colourful and distinctive looks of any bird you might see on the canals, rivers, lakes and ponds. It’s beautiful, unmistakable and made the title of this blog post almost write itself – The beautiful mandarin duck – picture post

They really are quite exquisite. In many respects and by comparison the female could be said to be quite dull. Whilst it may be true to say the female is dull, that would only apply when making a straightforward colour comparison, she is actually especially pretty and on occasions seems to have an almost delicate and elegant look about her.

Where are they from and where do they live

The mandarin duck was originally introduced to the UK from China and they have since become established in the UK following escapes from captivity, or perhaps deliberate release?  Although naturally native to Siberia, China, Korea and Japan, I understand that most mandarin ducks in the UK, can be found in southern and central England but there are some north into Scotland and west into Wales.

They are a regular sight for us (in Manchester in the north west of England) with reasonable numbers at a couple of local lakes and a few pairs on our local river (River Tame) and occasionally we see one or two of them on our local canal (the Peak Forest).

I have mentioned the mandarin duck in an earlier blog post: The Mandarin, The Robin and the silhouette in the tree.

One of the things that is quite odd (for a duck) is that the mandarin duck nests in trees, and sometimes at quite a height above the water.

There are pictures in the gallery below of a beautiful female mandarin leaving her nest … in a tree!

The estimate for the mandarin population in the UK is that there are around 2,300 or so pairs.